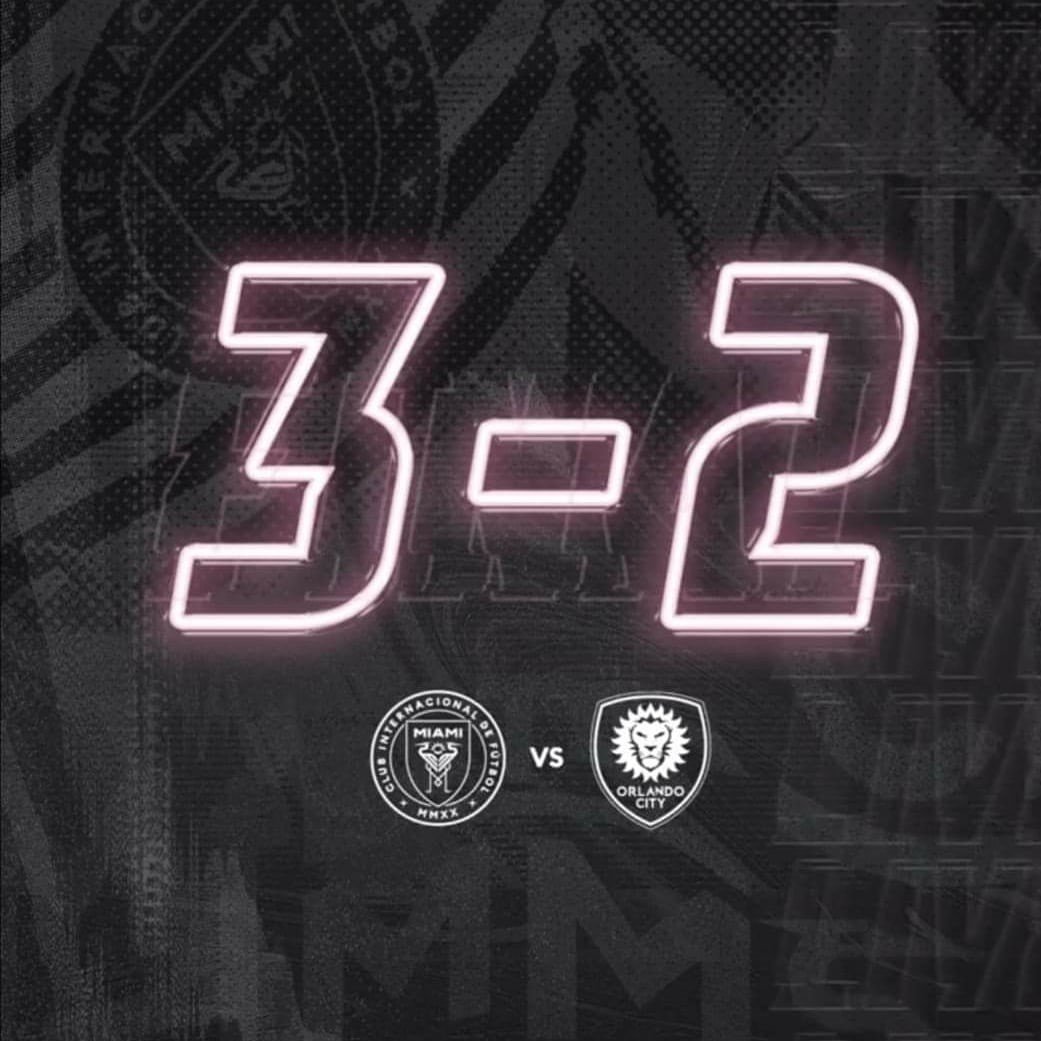 Well now the dust has settled on our first victory, I have taken time to reflect on our match against Orlando, as I was keen not to be swept up in the initial hysteria. I thought I would take the time and look back at the game a bit later and see things slightly clearer. That way hopefully giving a more accurate analysis of how the game was played, without the initial emotion of a long awaited first victory.

Now we all remember the last time these two teams met, and Miami were on the end of what was a frustrating result caused by poor mistakes at the back. Within the first ten minutes Orlando looked to be playing some nice football and linking up well, but never really threatening the Miami goal. How ironic it was that the confident start Orlando made would be their downfall for the first goal. After some nicely linked passes from back to front an overconfident and unnecessary flick from Mendez sent Inter on the attack. In the counterattack Pizarro and Carranza did well to isolate Orlando defender Antonio Carlos, as Ruan the right back was well out of position after deciding not to track back with Pizarro when the Mexican gambled on the misplaced pass. That excellent reading of play from Pizarro ended up giving him the simple task of slotting through a ball to the young Argentine striker to give him a first real sight at goal and Carranza made no mistake firing passed Gallese at the near post.

Orlando levelled in the 18th minute, and I am not going to lie, the way this goal came about started to make me nervous. I can only really describe it as a complete shambles! Orlando rookie Dike received the ball and held it up well before turning new centre back signing Leandro Gonzalez Pirez with complete ease and firing a shot on goal. Robles dealt with the venomous effort well and palmed it away toward a crowd of Inter players in the penalty box, but somehow Dike managed to pick up the ball and have another TWO efforts on goal with second effort deflected into the goal of Robles leaving the keeper no chance.

In the 23rd minute a move started from Figal at right back ended up with the ball being delightfully crossed in from Ben Sweat on the left-hand side toward the head of Carranza in the middle of the box. As the ball came in it drifted over to the right hand side of the six yard box, with Carranza doing well to stretch for the ball and divert it back across the Orlando goal, leaving the Keeper stranded and the ball looping in to the far corner to make it 2-1 Inter. Following this goal, you could see Inter starting to play with a bit more swagger and confidence, with Carranza and Pizarro pulling of a couple of neat little tricks on the run up to half time.

Once the second half started the confident play continued from Inter and you could feel something was coming, Just as the clock ticked to the 48th minute that’s exactly what happened, with a cheeky backheel from Carranza to Morgan and a dangerous cross whipped in from Lewis Morgan on the right, the ball was flicked on and found its way to the feet of Pizarro, who took the shot side footed on the volley, expertly dispatching it into the right-hand corner of the goal. It was a great finish from the Mexican and the type of moment that can make him stand out compared to others who may have been in the same position. Just a couple of minutes later Pizarro broke free inside the Orlando half and attempted an audacious effort from the right-hand side of the eighteen-yard box, which looped over the Orlando keepers head and hammered off the post. Very unfortunate and you really did think that would have been game over at that point if it had hit the back of the net.

The game went a bit scrappy for a while to be quite honest and then Orlando started to create a few chances. There was some good defending in a couple of instances from the Miami backline, but then the simple mistakes reared their head again with ten minutes to play. The ball was played into the box to Dike, who again held the ball up well and attracted no less than FIVE (yes 5!) Inter players to surround him. It was inevitable that with that number of players around one Orlando attacker there was going to space to be exploited, which is exactly what happened. Dike knocked the ball back out to Mueller on the edge of the box who swung in a cross from the right-hand side to the back post aiming for Nani. The Portuguese forward was standing unmarked and made a late run in to head the ball into the net.

After a couple of more Orlando attacks in the final minutes, the whistle was finally blown, and you could see the relief from the players at getting their first MLS victory!

Carranza – The young Argentine has been given a couple of chances in previous games to really make the striker position his, especially in the absence of Robbie Robinson during the MLS is Back tournament, but he has never really shown anything to impress. Time looks to have changed his attitude and transferred him into someone that is more confident in his ability, which is exactly was a top striker needs when in the hunt for goals. A very impressive performance from him and his movement was so much better than past appearances, coupled with the fact he took his goals very well.

Pizarro – There has been a lot of hype from areas of the La Familia fan base regarding Rodolfo Pizarro, but if I am honest, for me he has never really grabbed the game by the scruff of the neck yet. That is until this performance where I felt any praise was genuinely earned and not just a case of jumping on the Pizarro bandwagon. You know this guy has the ability to provide moments of magic, but for me there were elements of his game that were really lacking. Again, time seems to have helped going by this performance, as I really felt he was making things tick a lot more.

Robles – You have to respect our captain for his achievements in the past and the great professional he is and I honestly felt he had a pretty decent performance overall, with both of the goals far from his fault. I do however see the odd things crop up and think to myself “what are you doing?!”. A prime example was a tame free kick from Nani in the 70th minute which should have been a straightforward catch, but for some unknown reason Robles decided to punch the ball straight back to where it came from and back in to Orlando possession. This did not obviously come to anything on this occassion, but these instances coupled with mistakes in the MLS is Back tournament still have me putting a question mark over his head.

Leandro Gonzalez Pirez – First game pfor LGP who was brought in owith the idea of adding some real strength and authority to the back line. Unfortunately, I felt he had a poor game and was bullied on occasion by Dike, with him being a main factor for Orlando’s first goal. Knowing the quality LGP has I really do believe that he should not be judged to harshly and over time he will be able to form a strong relationship with his fellow defenders.

Overall, it was a pretty strong performance from the boys, but I would not want to get too ahead of ourselves at the minute. The key thing is consistency and the squad need to find this in the coming days to really build confidence. Maybe now Diego Alonso has found the right blend for the team and they are beginning to understand how he wants to be playing. If we can get a few good results over the next couple of weeks Matuidi joins the squad soon and we get a DP quality striker, who knows how things can progress.

Interesting to see how this goes, as it is quite the change for everyone involved.

Inter Miami CF UK @InterMiamiCF_UK
Aug 26, 2020 @ 9:46pm
It seems all @MLS games are off tonight, apart from Orlando vs Nashville

Any cookies that may not be particularly necessary for the website to function and is used specifically to collect user personal data via analytics, ads, other embedded contents are termed as non-necessary cookies. It is mandatory to procure user consent prior to running these cookies on your website.